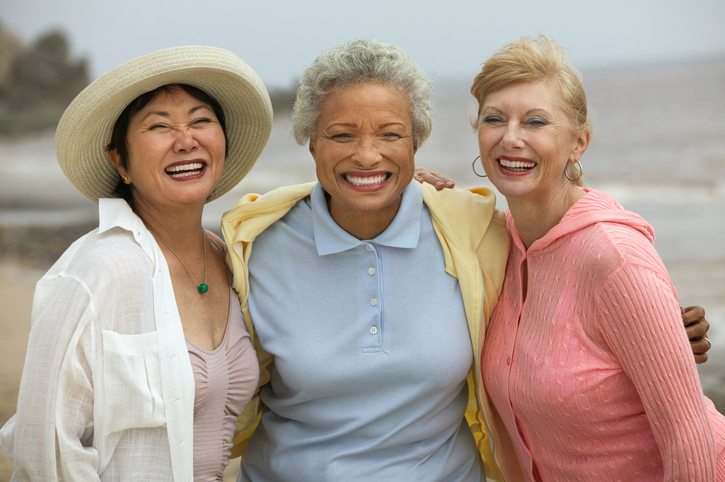 A recent study has found a connection between gum disease and an increased risk of several types of cancer in postmenopausal women. Most troubling to your family dentist in Portland is the fact that researchers also found this increased risk also applies to women who have never smoked.

Periodontal disease – a severe form of gum disease – was linked to a 14 percent higher risk of developing any type of cancer, discovered researchers. But the greatest risk was for the development of esophageal cancer, which grew by three times in the risk in older women with gum disease when compared to those with healthy gums.

Additionally, gum disease was linked with a higher risk of breast cancer, melanoma, gallbladder cancer, and lung cancer, according to the results of the study.

“These findings may provide a new target to test an intervention for cancer prevention – oral hygiene and periodontal disease treatment and prevention,” wrote researchers from the State University of New York at Buffalo’s School of Public Health and Health Professionals.

Gallbladder, lung, and breast cancer were all linked with a higher risk for woman who had smoked and who suffered from gum disease.

For those study participants who had never smoked but suffered from gum disease, other types of cancers, such as melanoma, were linked to having a higher risk, stated researchers.

Researchers speculate that gum disease could serve as a sign post for an individual’s overall health. The worse the case of gum disease, the more likely a patient is to have developed other systemic conditions.

Gum disease has this potential, as researchers believe that harmful oral bacteria may successfully spread throughout the body, thereby increasing the risk of further infection.

“There is a real potential for local and systemic inflammation resulting from the bacteria in the oral cavity reaching other sites through ingestion or inhalation, as well as bacteria entering the bloodstream through oral tissues,” clarified researchers.

However, since this study fails to find a direct cause-and-effect relationship, further research is required before a clear line can be drawn connecting gum disease and cancer risk in postmenopausal women.

As part of the study, researchers collected data on nearly 66,000 women between the ages of 54 to 86 who took part in the Women’s Health Initiative Observational Study.

The women identified in the study disclosed suffering from gum disease on questionnaires they completed between 1999 and 2003. Researchers monitored these participants for any cancer diagnoses until late 2013.

Over an average of 8 years, researchers identified approximately 7,200 cancer cases.

One potential limitation of the study was that the women involved self-reported their gum disease without having the diagnosis confirmed by an oral health professional.

That each individual case of gum disease could not be determined for certain throws some light of uncertainty on the study’s results for some oral health experts.

“There may be a connection between gum disease and cancer, but we really can’t tell how strong it is because the gum disease is self-reported,” stated the Chair of Dental Medicine at North Shore University Hospital who examined the study’s results.

A direct link may not exist, and it could simply be the case that individuals suffering from poor oral health are less likely to take care of themselves in other ways. But what studies like this tell oral health professionals like your family dentist in Portland, OR is that preventive oral health care can do more for patients than simply protect the health of their teeth and gums, it could also save their life.