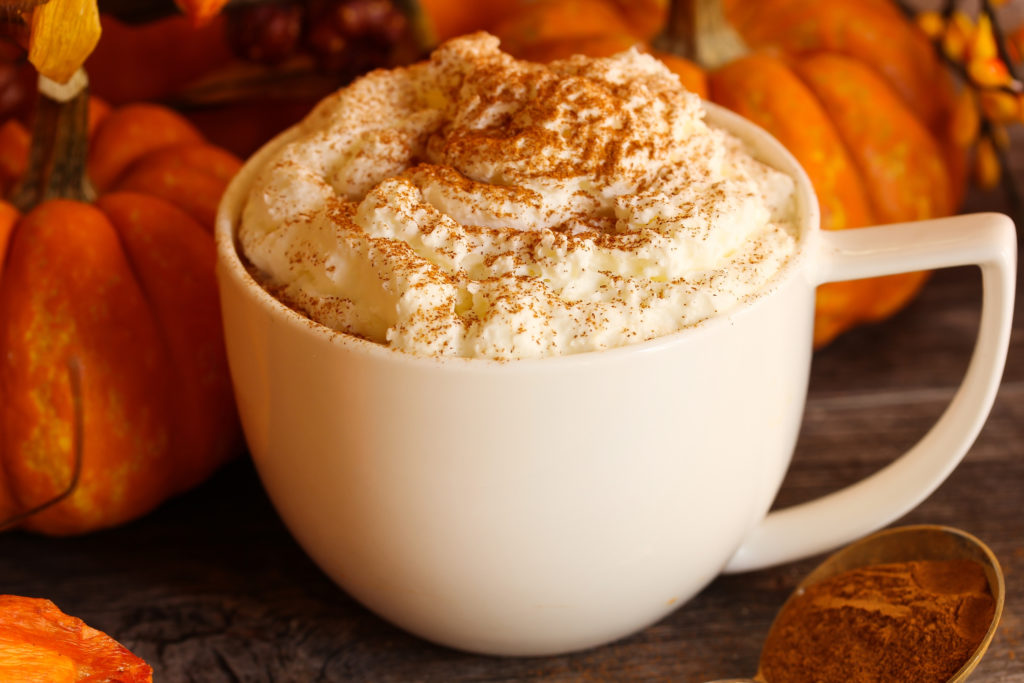 For many of our patients at South Waterfront Dental, the onset of fall marks the beginning of many seasonal favorites. Whether the changing of the leaves, the cooler air, or the chance to say hello to your favorite sweaters and jackets, the fall is often synonymous with something most of us look forward to experiencing.

For many people, the beginning of the fall season brings back an old friend they can’t wait to reacquaint themselves with – Starbucks’ Pumpkin Spice Latte. This seasonal sensation gathers a lot of comments and ‘likes’ on social media sites, but sipping your favorite flavored coffee this fall could cause you some oral health problems for the remainder of the year.

To Pumpkin Spice or Not? – A Seasonal Question

Getting a grasp on the popularity of the Pumpkin Spice Latte, or PSL to the devoted, requires expanding your perception. Not simply a seasonal flavored menu item like the Gingerbread Latte or the Eggnog Latte Starbucks offers during the holiday months, the PSL has generated a cult-like following.

Starbucks has sold over 350 million PSLs since the drink premiered 15 years ago. Since the drink’s earlier than ever release this year on August 27th, social media sites have been flooded with photos, comments, and memes regarding everyone’s favorite latte. Not surprising considering The Pumpkin Spice Latte has its own Twitter account with over 110,000 followers, and a Facebook page dedicated to its fans, known as the Leaf Raker’s Society, with over 25,000 members.

Legend tells that the PSL was created in lab by Starbucks flavor scientists who would take turns eating pumpkin pie while sipping espresso in order to successfully capture the taste just right. The efforts of those dedicated women and men led to the development of a recipe that was apparently actually better than the real thing. When Starbuck decided to change the recipe last year to start using real pumpkin instead of an artificial flavoring, the change in taste caused a massive revolt among the PSL’s most dedicated fans. The taste of real pumpkin just wasn’t the same.

However, if we take a peek behind the cause of this uproar we get a glimpse of why these types of drinks can cause some serious oral health problems – they are filled with artificial flavors and sugars that result in tooth decay.

Say, What’s in That Drink?

One of the biggest threats your oral health faces comes from hidden sugars. While most of us probably know the sugary consequences of eating a pumpkin spiced cupcake, the amount of sugar in our beverages often come as quite the shock. A medium, or Grande, PSL latte with whole milk and whip contains a staggering 50 grams of sugar, which is the rough equivalent of eating five Krispy Kreme doughnuts or three full-size Snickers bar.

The reason hidden sugars present such a problem for our oral health is because we don’t often account for them when we mentally tally what we eaten for the day. This inaccurate accounting leads to us consuming far more sugar than we might realize.

Sugar consumption plays an important role in providing plaque – a sticky biofim that clings to the surface of our teeth – with the fuel needed to produce harmful substances that slowly erode away at tooth enamel. The more sugar we consume the more damage our enamel takes. That’s why patients who consume a diet high in added sugar have an increased risk of developing tooth decay, cavities, and gum disease when compared to someone who consumes few calories from sugar.

Gaining a better understanding of just how much sugar a PSL contains allows us to plan accordingly by cutting back on sugars elsewhere in our diet. Starting the day with a PSL might mean giving up that afternoon soda or cutting back on desert after lunch. Indulging a sweet tooth is fine as long as it’s done in moderation.

So while Dr. Beck and the rest of our team at South Waterfront Dental won’t say you should skip out on your seasonal favorite drink, just be mindful of all the sugar contained in every sip.